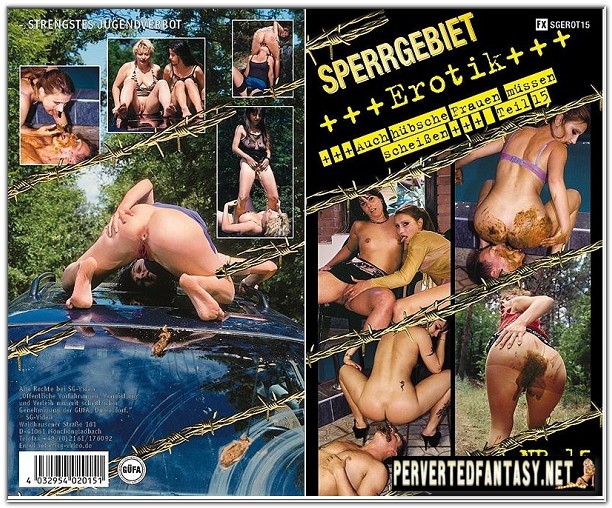 Scene 2: Standard-defintion. Tipical Sperrgebiet Scat movie whit lot of Pee and lot of Scat whit good actors. Women go to the nature with car climb to it's top and pee on car's windshield then masturbates. After that she is turn around and release big pile of shit to the windshield which has solid and liquid portions. Then she get in the car and clean it.