Nikki and Tatthy has just arrived from a dinner. He puts some video so they will watch it, and they get quickly excited. Suddenly, a beautiful foreigner knocks on the door. She asks them to use their bathroom, and they let her in, but with other intentions. A few minutes later, their neighbor Andressa knocks on the door asking for toilet paper. They also invite her in and the four of them involve themselves into a delicious seduction game with vomit, piss and scat. 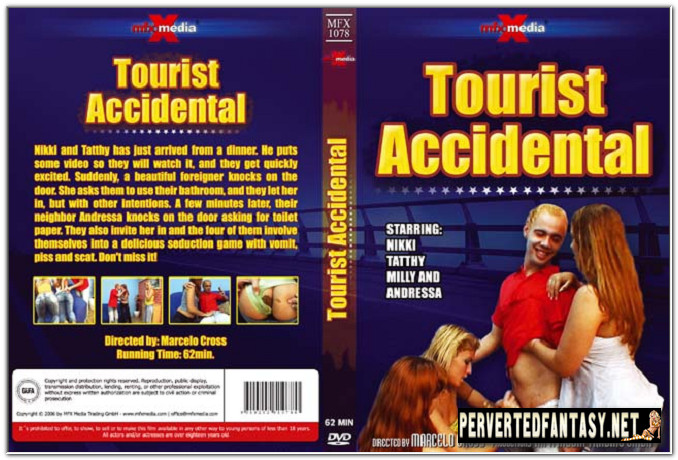