There were a lot of people around and I enjoyed it to be watched while doing blow-jobs and being fucked. As the people thought I did a pretty good job, I starred in a couple of „Schulmädchen" and „Josefine Mutzenbacher" movies. At this opportunity I found out that I enjoy being fucked in the arse. Since that time I fucked into the „rear entrance" regularly in my photos and movies. I just can't get enough of it.

What made me even hornier: somebody pissing in my mouth. Always getting more extreme and a willingness to learn resulted in giving caviar a try. Among my friends there was one fellow who enjoyed pissing on me. This wasn't enough for him - he wanted to shit on me too.

Pretty soon my own caviar wasn't enough for me and I dreamt of being covered with the shit of a lot of men I decided to make these extreme movies. And what became of me you can see in my movies. I wish you a lot of fun when watching them. 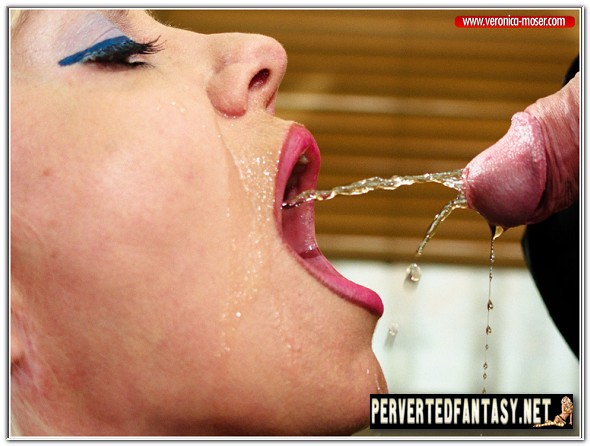 As I am an open minded, fun-loving and (maybe) a little bit crazy woman I want to try out as much as possible - mainly regarding my sex life. I believe it is great to be able to say: "I did everything I wanted to do." It is better than: "I would have liked to do this but I didn't dare. I was too craven and now it is too late."

I am really happy this is changing over the course of one's life and people get more mature and gain self-confidence. Today I'm proud to be what I am and I'm even prouder to act out my sexuality any way I want - of course with a lot of help from my natural horniness and exhibitionist nature.

Let me go back in time to my "girlie-years" again. It was such a thrilling experience to do this movies and picture sets (the most beautiful and exclusive picture set was published in Hustler magazine) but I still wanted to top it; so I offered my services in various bordellos and a fetish club. 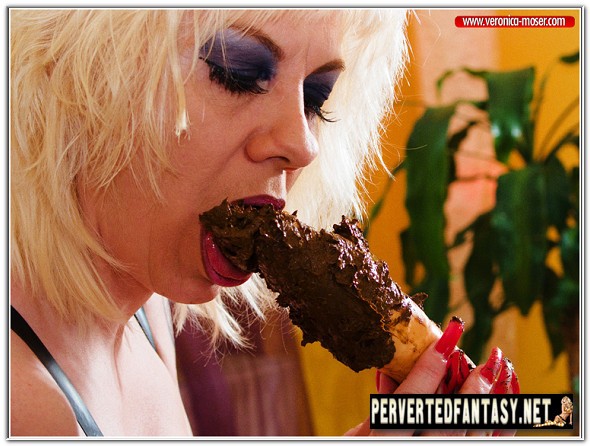 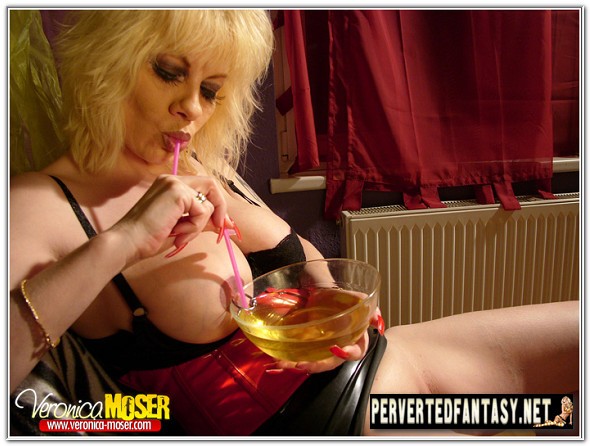 Here is a little episode from my "bordello time": When you go to work in the early evening hours you wear your clothes accordingly. One day I wore PVC pants, PVC boots and a PVC coat. I was waiting in front of my house for my taxi cab when a cyclist went by, he notices me standing there, his eyes almost pop out of the sockets, he keeps going, he turns around again and doesn't pay attention to the road – BANG – he hits a streetlight. Sorry, but I couldn't help to have this wide grin on my face ..

I love to change things in my life (besides my husband) so working in this different scenarios was no problem for me.

I am absolutely aware of the fact that nobody is satisfied with "sex booklets" or "school girl report movies". The offer out there is so wide and I enjoy a lot of things. Therefore I tried a lot of things the following years.

P.S.: I know of course that not everybody is into caviar. My interests are not limited to scat only. I also have other randy fantasies and therefore I decided to live up to these on my Pornarella-photos. 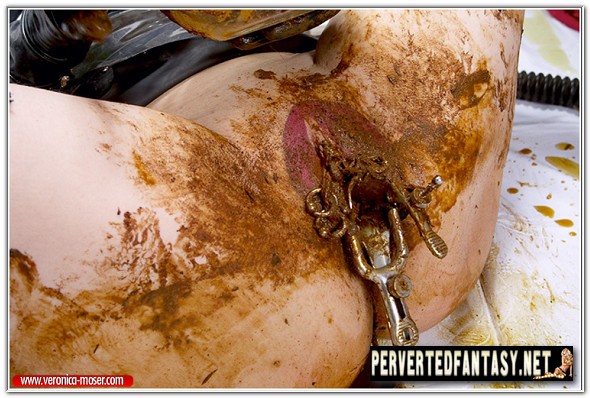